The last few days (among other things) saw a little work on the previous project, as well as taking advantage of having new hardware to mess about with.

My desktop OS journey has a 12-year (or so) mac gap in it -- which is to say that I used to use a window manager and go through all the tweaks and business associated (the kool kids at DCU all used Window Maker, but when I started at Google, they handed me a macbook (the early, pre-magsafe one, circa 2004). I was pretty happy that I could have a desktop that just works, and that I can replace at very short notice. Much of the work I did at Google involved using shells and a web browser, so macs were just fine. I then happily used macbooks until the touch bar, which closed me down overnight. Ugh, horrible.

I then spent 6 months or so trying to work from a pixelbook on Chrome OS. Google's deep integration with chrome and BeyondCorp meant this was a fine machine to use, until it started to do random things, and you can't really do anything to fix it (aside from powerwashing and hoping for the best).

So, for my last year or so at Google, I was back on gLinux, which was fairly standard gnome desktop. I didn't fiddle with it, it just worked, happy out.

Anyway, $NEWJOB sent me a ThinkPad T14 -- this seems to be an AMD equivalent-or-so of the T490 I have as a personal laptop. So, I took to installing Arch Linux, and trying out a few window managers.

Arch, to me, seems to be just a little beyond the amount of thinking I'd like to do about my linux distro. I must say the documentation was /excellent/. I learned new things about the modern linux userspace (systemd is still newfangled to me, and I've only really set up wifi by clicking buttons.). I gave it a shot for a few days, before giving up on sound. So, doable, but more time than I'm willing to put in when good old familiar Ubuntu is waiting there. So, good experiment, but ultimately I have shit to do that isn't dealing with linux on a machine that needs to work and for which there are better options for my expertise/desire-for-hassle ratio.

As for window managers, I had toyed a bit with xmonad a few years back - I know no haskell at all, so it was mainly trying a tiling window manager. This time around, i3wm was a natural one to try. I have to say it's one of those 'exactly what it says on the tin' style things. The only tweaks I've done so far is making i3status say stuff that is useful (and talk to the thinkpad battery properly), and multi-profile/workspace groups stuff.

The latter was done with i3-workspace-groups - it's a hacky enough way of doing it, but works great. The way i3 is setup to be modular and take instructions from various sources is super smart. I want to be able to have separate sets of workspaces for work, home, etc. and this seems to do it. Config is here. Maybe this is old hat for long-term linux desktop users, but I'm personally glad to be back to getting things just-so, rather than using a 'supported distro', so to speak.

The proof of its efficacy, of course, will come on Tuesday. More about that soon :-) 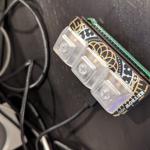 Showed up to a few low-key conferences last week (Multitasking between SLOconf and o11yfest for a few days).

It felt great to be catching up with some folks I hadn't in a while -- not having the GOOG hat on was a refreshing change. It's like the manager/director/VP/whatever … 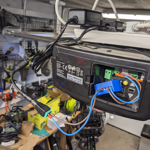 I'm now most of the way through the ~month or so I took off work. Around the start of it, I made a few plans, but I also resolved to unapologetically spend much of it just relaxing, and feeling non-guilty about that. It's something I've been working on, and I'm … 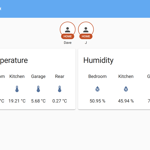 My last attempt at doing the Home Automation/Domotics/Whatyacallit a few years back mostly involved buying expensive widgets, determining they are shite, or marketed at US power and outlets, and then discovering that setup and upgrades generally involved one ore more of downloading a random .exe from random websites … 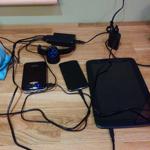 Off to Mountain View in the morning for 3 days, then onwards to New York. I haven't been to MTV since January, or NYC since June, so I guess I'm due in both.

This is the aeroplane survival kit. I don't sleep on planes, and Aer Lingus have transatlantic WiFi …