Various intricacies of how my job works these days means I work with people in a bunch of offices. They're not all in the states, but Mountain View and Irvine are two offices in California I do go to occasionally. When I was planning a trip to both late last year, I said I'd look at alternatives to flying for an hour (SFO->SNA). After doing some digging, I found the Coast Starlight, which is an Amtrak train that goes from Seattle to Los Angeles, and stops in Oakland and San Jose. It so happens Oakland is a short BART ride from SFO, so I said I'd give it a go. 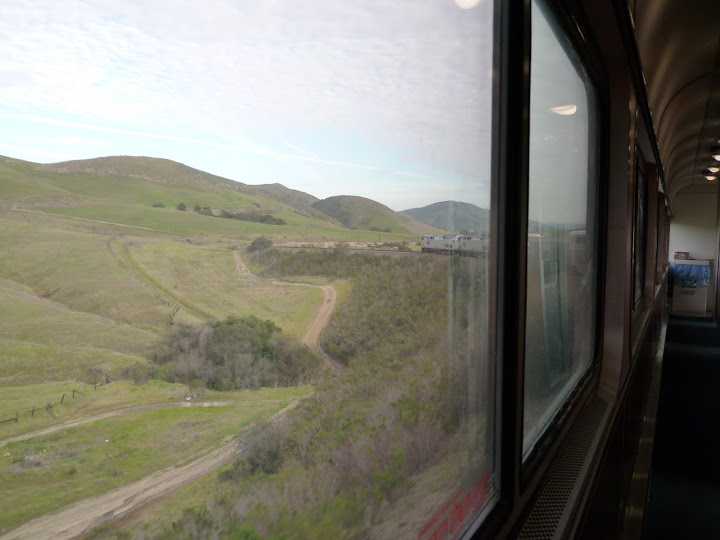 I honestly am ambivalent about the TSA, and being groped and what-have-you. I realise there's no point in getting angry in Airports, because the people there are just trying to make a living. I'm also ambivalent about saving on flying (the plane goes whether I'm on it or not). I just like trains, and this one promised 12 hours or so of good geography and comfort. I got myself a 'roomette', which is apparently what you're allowed call a small cupboard with a seat in it, and it turned out to cost about \$130, which is cheaper than some air fares SFO->SNA.

It also doesn't help that SNA is referred to in muttered tones as 'Disneyland Airport'. It's right beside Anaheim and the home of The Mouse, so it's usually packed with kids. The look on a co-worker's face when they called for people-who-need-extra-time-or-have-small-children, and half the airport marched onto the plane will stay with me always. 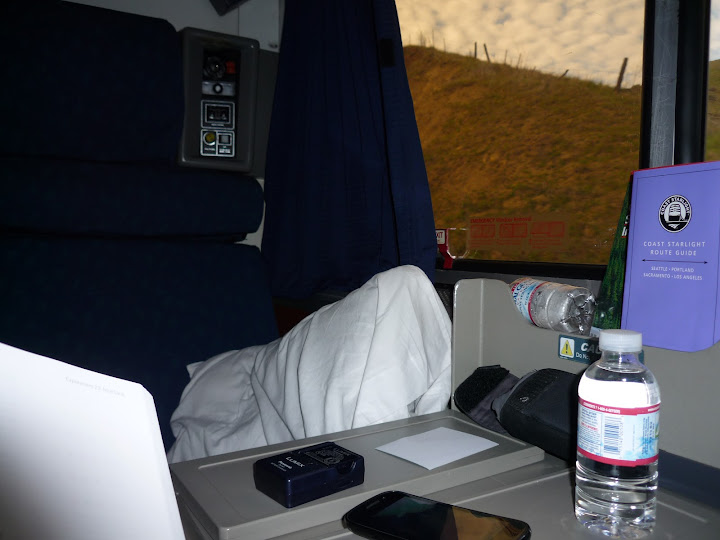 The train itself is good and comfy. Tea, coffee, juice on each sleeper carriage, and a bar and observation carriage which is decent for hanging out, and "has" "wi-fi" (said wi-fi could well have been using the train driver's 3G phone as an uplink, and meets the minimum federal requirement to be called 'wi-fi'). The food is/was reasonably decent, and some of the views are very pleasant. 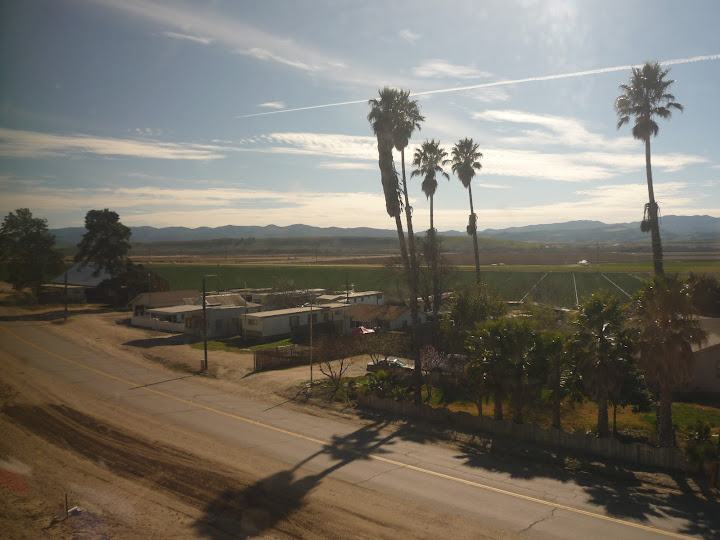 12 hours is a bit of a hike, so it's not recommended if you have actual places to go, but it's miles more pleasant than the solid 4 hours or so of wangling door-to-door it'd take to fly, and also trains kick ass.

I'm in LA for the night, and continuing by train to Irvine tomorrow, where I will again endure the hilarity of having to rent a car to cross the road from my hotel to the office. Go California!!