Legbone connected to my Wristwatch

I've been fiddling about with small electronics recently, specifically the Arduino, which is a microcontroller/prototyping board. The boards have gotten way cheap (standard ones are around 20-30 quid, less if you want fewer I/O ports or a specialised board layout you need to solder bits onto.

The hard part, I've found, is thinking of things to make. In the meantime I'm practicing soldering, using projects like making a few ProtoShields, and the LOLShield.

Last night, I made a functional RFID reader, using less than 50 euro worth of parts, which for a long-time hardware luddite was extremely fulfilling. I even managed to solder without burning myself or others. 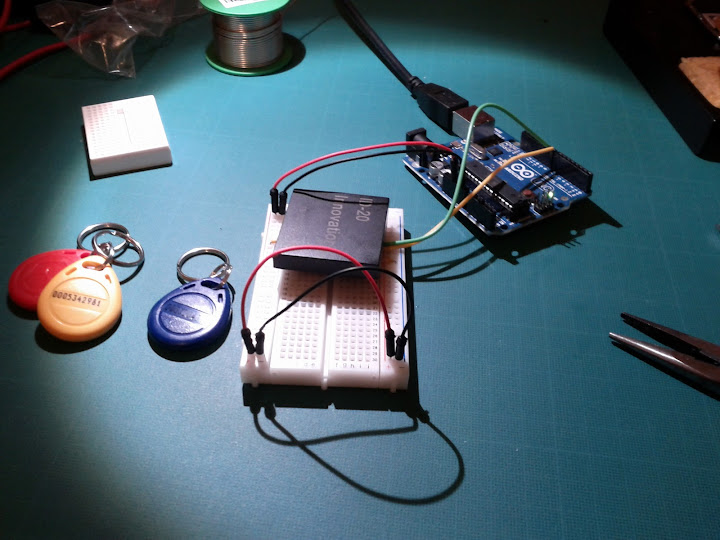 I've got one or two projects in mind, mainly around wireless sensors and domotics, which I'll put up here (hey, I have to put something here, right?).