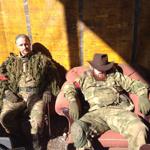 First week back at work - done!

Things have been more physically tiring than otherwise. I've been trying to nail down the next couple of months travel wise, and managed to make it into work on the bike two days out of five, which was good. That's been helped along by some good weather, and unhelped by some impatient drivers (that get caught on my helmet cam and youtubed).

This weekend saw some Airsoft, and some moving of larger items from the old house. It's not quite the insuroutable chore I've assumed it would be any more, a couple more trips will do it, I think. 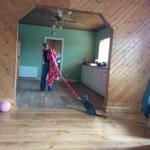 Last day of leave, and a day of normalcy and domesticity. Mainly hung around and enjoyed the last of the days since the end of June, when I last went near work. Tomorrow will see some hectic times, when I figure out what's happened while I've been away. If I've …

I am alive. Apologies to folks who were following the electronics stuff -- the short version is that it worked, although I didn't get to use it 'in anger' as such. The other thing I learned is that when traveling through UK customs on the week of a royal wedding, having …

Work this past week has been a long trial of getting back up to speed after Tel Aviv. Even though it's pretty much a regular week, catching up my brain from all the stuff I promised to do, and getting back into the stuff I was doing when I left …