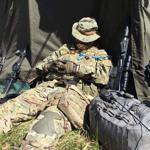 Back from a few days in Prague and beyond, at Border War. This was a very decent one - and I ended up not being as wrecked as I thought (due to the previously mentioned unfitness). Did about 45km of hiking over the 3 days of the event, which is a lot for me.

This (as usual) has sparked plans for more trips. Work has been busy (in a good way) for a while, so plans for non-work are spinning up, which I guess is the real sign of spring (I've got things I could be doing for about half the weekends until July already).

More of this sort of thing, plz. 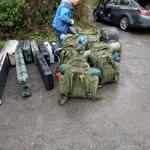 Some of the gear that's being shipped to Czech Republic (or Czechia if you don't please) for Border War next week. I and 20-odd other tubby nerd militia follow it all next week. This will be my third time in as many years, and probably the unfittest I've been in … 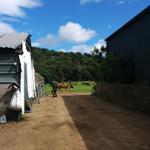 Sleep cycle being fucked up. That's the holiday sensation I know so well!

Last weekend, I was at a large (well, the largest of its kind in Ireland), Airsoft game, which meant a lot of driving and walking around, and not a lot of sleep. My feeble hu-man body is …

I've not had a lot of time to go at electronics in the past while (mainly a combination of work things and family things kicking my ass), but I got to some of it tonight -- The clever parts of the design and build are basically done, so what's left is …